Honor 8X screen repair price 99,90€. Honor 8X battery replacement 49,90€. Whether you need a new screen, a new battery or a glass replacement, we also take care of these in our stores often even while you wait.

Our affordable Honor 8X phone service prices are listed below. If there is something else wrong with your phone or if there are several faults in your device, such as a broken display and back glass, please contact us for a cost estimate for repairing your device. You can deliver the device for service directly to our stores or send it to us by mail for repair. You will always receive an accurate maintenance report in connection with the service, eg for an insurance company or employer.

If the touch panel or screen of the Honor 8X is cracked, shattered, or missing a piece, the touch screen or LCD is likely to no longer function normally. This can lead to a situation where you cannot use your device or access information inside it. No worries, even this problem will be fixed cheaply and quickly, by replacing the broken part into a new one. Honor 8X replacing the screen or replacing Honor 8X touch panel does not clear phones memory.

Expert service without an appointment.

Estimated service times for repairing the Honor 8X: (depending on the availability of the spare part and the condition of the service queue)

By having your device serviced by us, you also ensure the correct recycling of your defective display and other replaced spare parts. You can deliver old phones and mobile phone batteries for recycling to our stores. In Finland, we are one of the few service companies that take care of the fulfillment of our producer responsibility.

Puhelinhuolto has been providing telephone maintenance services for over 10 years and our telephone repairers have over 30 years of experience in servicing and repairing mobile phone equipment.

the price includes screen and work

the price includes the rear window and work

the price includes a spare part and work

Do you want to repair your phone yourself? You can find the necessary spare parts in our online store

Can't find the right phone model or repair? Send a request for quotation 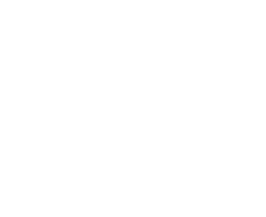 Go to the online store

Send the phone by mail

Go to the shipping system

Bring your phone to the store

We will start repairing immediately

We are proud of our expertise and are responsible for our work. We provide a 36-month quality guarantee for the repair. During the warranty period, if the defect recurs due to our repair, we will repair the phone again free of charge or refund the price of the original service. The warranty does not cover damage or wear caused by the user. The servicereport is a warranty receipt.

Bring your broken phone to our store or mail it to us – both ways are as easy. We serve in shopping malls across Finland. Our registration system ensures that your mobile friend arrives with us reliably as a package as well.

We repair Apple (iPhone, iPad), Blackview, Google, Huawei, Honor, LG, Motorola, Nokia, Oneplus, Oukitel, Samsung, Sony, Microsoft and Xiaomi mobile phones as well as tablets. Whether you need a new LCDs, a new battery or a glass replacement, we repair of these in our stores often even while you wait. We also have a wide range of phone accessories.